A chance to join a crew of 10 to embark as a teammate in a transatlantic voyage during on a Challenge 67 during ARC 2022!

A chance to join the famous ARC rally in November 2022 on a Challenge 67! This crewed Atlantic crossing aboard a 21m (67ft) monohull, departing from Las Palmas on the island of Gran Canaria in the Canaries.

For this crossing, a professional crew 2 sailors (skipper and mate) will be accompanied by 10 guest crew (that’s you!). Everyone on board has a role to play, sharing watch periods, about 8 hours per 24 hours, as well cooking, washing up and so on. Willingly, no pilot or furling are on board the sailing boats so it defines a “hands on” adventure! The best way to discover offshore sailing!

A crossing in two stages, from Brittany to Las Palmas, then to Saint Lucia

The first leg for this transtlantic starts in Lorient in South Brittany. About 1300 nautical miles allow training course before the start of the ARC but you can also be at the start of leg 2 in Las Palmas. 10 days sailing for this first leg but it can be shorter according to weather conditions.

A crossing of the Atlantic Ocean on the trade wind route

From the 15th of November, the yacht will have to be in the marina in Las Palmas. The ARC is for everyone : families with children, tough racers, cruising couples, big boats and modest boats. Crossing the Atlantic together, but having their own adventures. More than just a boat race, the ARC is about friendships made ashore in the two weeks of pre-departure activities.

We have provided 20 days offshore sailing to cross the Atlantic but there again it can be quicker according to weather conditions.

Why you'll love this adventure 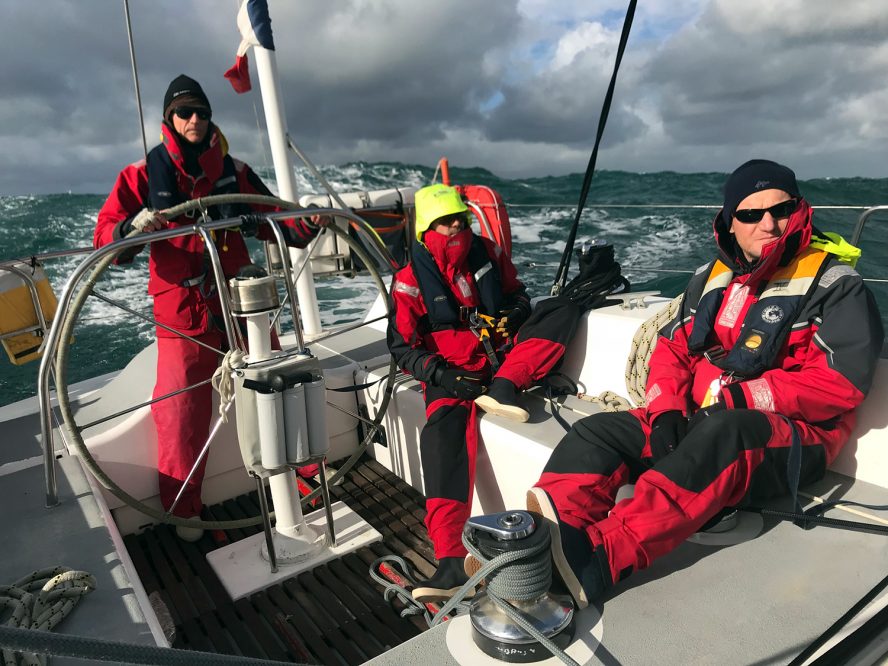 * Period of sailing and dates of arrival are provided for information purposes only.
We recommend you to book open plane ticket so that you can change date departure according to arrival once your place on board is confirmed.

Embark: Lorient on the 5th of November 2021
Stop Over : Las Palmas in Gran Canaria on the 15th of November 2021*
Period : 10 days*
Sailing boat : Albatros or Whirlwind – Challenge 67
Price : 1950 euros per crew member, full board included (breakfast, lunch, diner and beverage)

* Period of sailing and dates of arrival are provided for information purposes only.

This brilliant French sailing school welcomes solo travellers and private groups on it's sail training ocean voyages and cruising adventures on board its crewed 21-meter monohulls and Volvo 60. Their large cruising racing yachts have a track record acquired in the 90s with the crewed round-the-world race, the BT Global Challenge, as well as Volvo Ocean Race. Whether you're looking for a single berth in a race entry for RORC Transatlantic Race or ARC transatlantic or for some coastal cruising or racing they'll have a salty adventure with your name on it.

Please complete the enquiry form above with as much detail as you can and we will send you all the trip information and connect you with the operator so you can make a booking directly.

If you have queries and questions about the trip include those in your form and we’ll personally reply to you within 24 hours.

Why Book with Another World Adventures?

Book direct with the tour operator. No mark-ups, no fees.

Save time by browsing our handpicked collection of the best adventure travel experiences.

Claim free travel gifts when you use our site to find your next trip.

A most helpful, friendly and knowledgeable travel company!

Very helpful and provided lots of research material and excellent personal perspectives on the tall ship sailing trip I was interested in taking.

They were prompt and friendly, and so thorough and helpful in connecting me with my adventure.

One of a Kind Service!

From the very beginning of reaching out to AWA, they were super helpful, enthusiastic and informative.